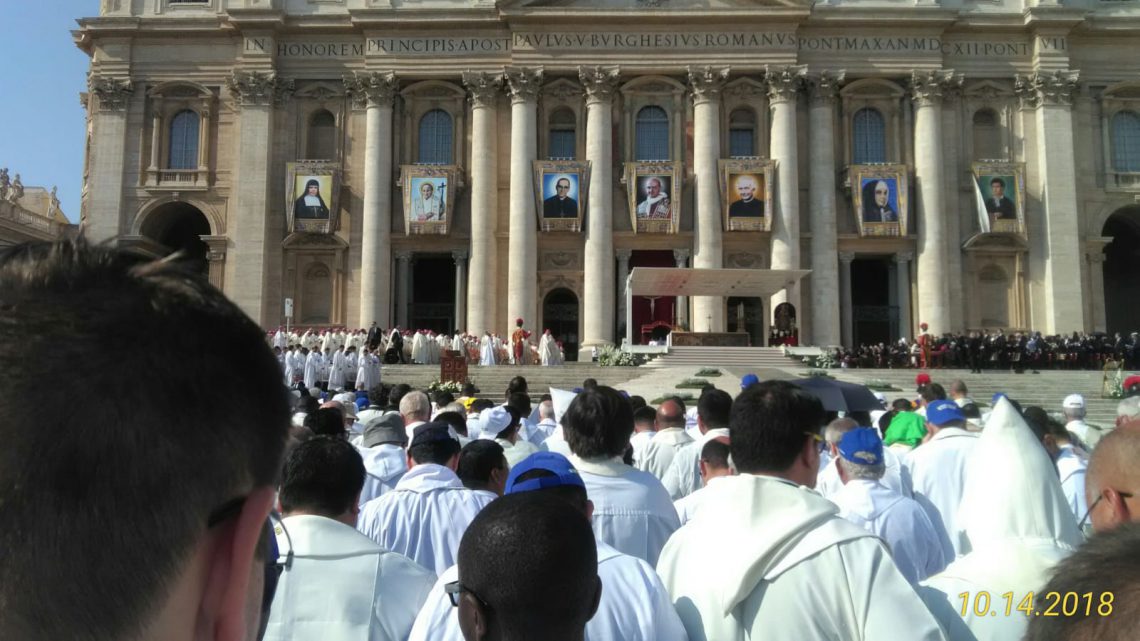 On a pleasant blue-sky Sunday, October 14, I had the privilege of attending the canonization of seven new saints, among them St. Pope Paul VI and St. Oscar Romero, at a 10:15 Mass in St. Peter’s Piazza, with thousands of pilgrims from all over the world.  I received a special ticket to be among the great crowd of priests who concelebrated. 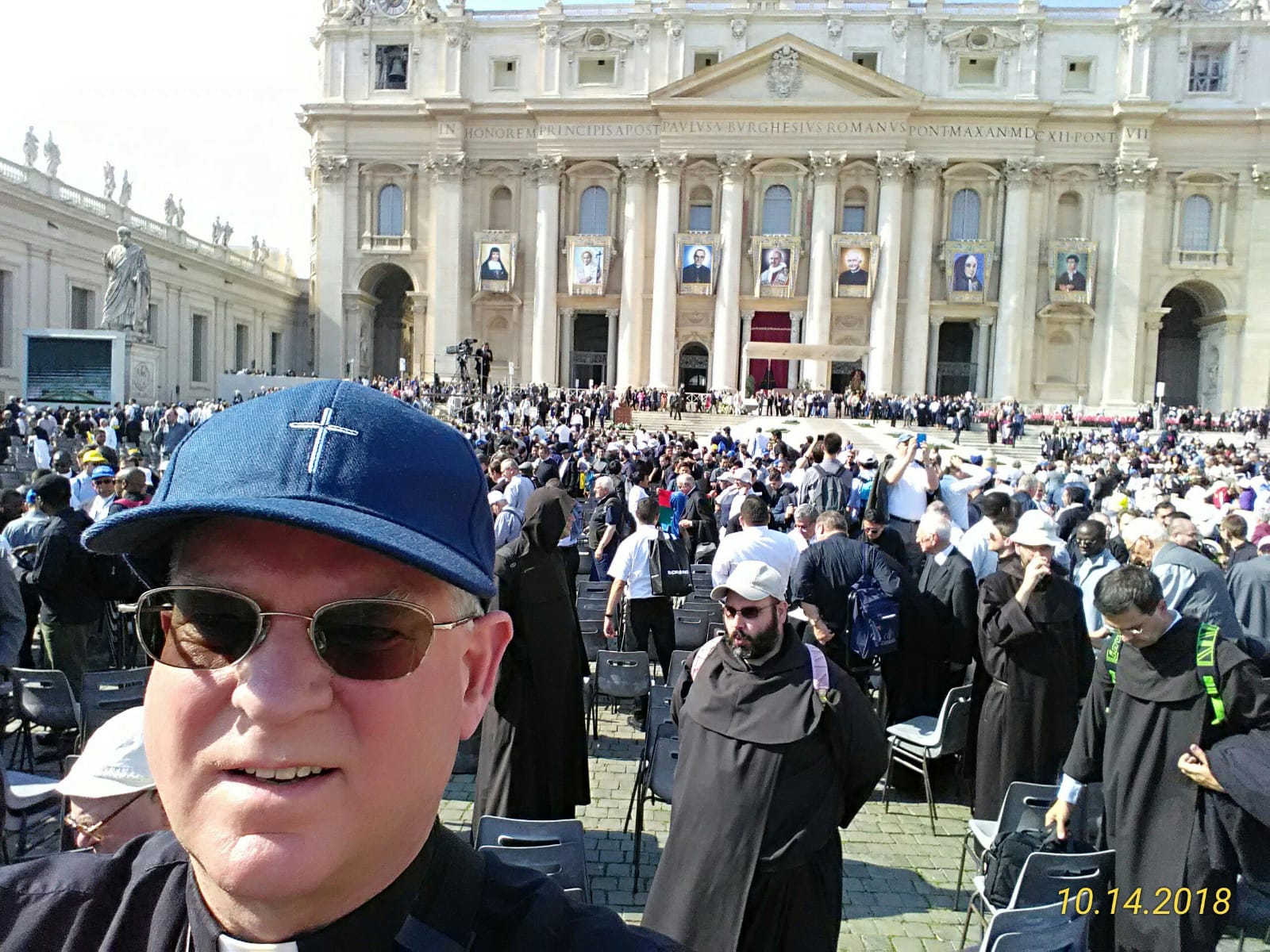 Dan and Ana Gmeiner, MSC laity from CA, came with pilgrims from a new parish in CA, the first in the USA to be named after the new saint, St. Oscar Romero.  They participated in the Mass with several other tens of thousands of faithful.

As always, the liturgy was beautifully celebrated in a holy manner.  A half hour before the start of Mass, we prayed a rosary in Latin to prepare the crowd to worship.  Each reading of scripture was read in a different language, with the Gospel being sung both in Latin and in Greek.  The petitions were prayed in English, Spanish, Chinese and Italian.  You certainly had a deep sense of our catholicity as one looked at the different faces from around the world.  A group of young El Salvadorian priests seated next to me know the MSC and our Father General Abzalón Alvarado Tovar. 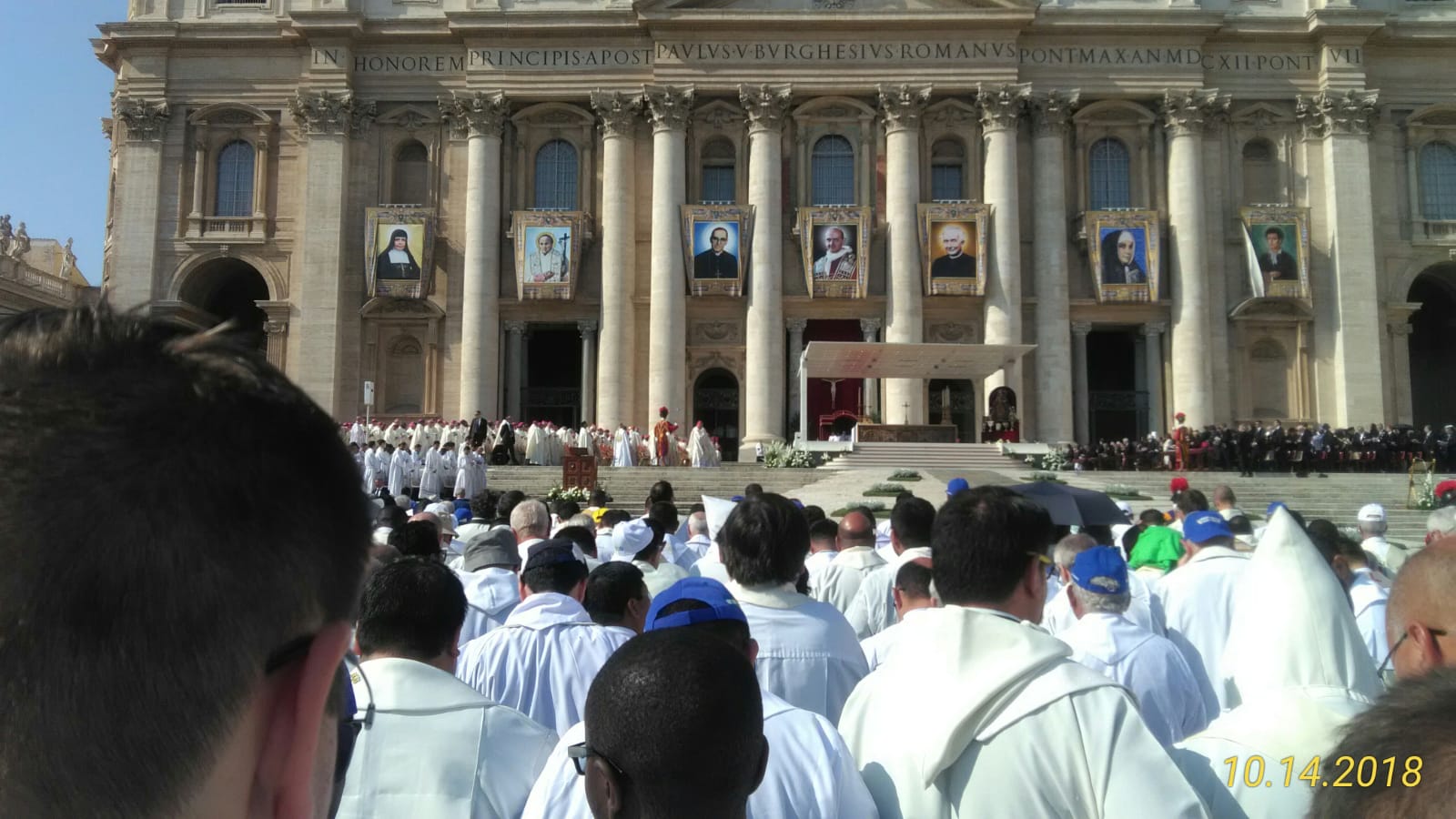 After Mass Pope Francis took a ride in the Popemobile through the crowd, to the cheers, applause, and joy of everyone. 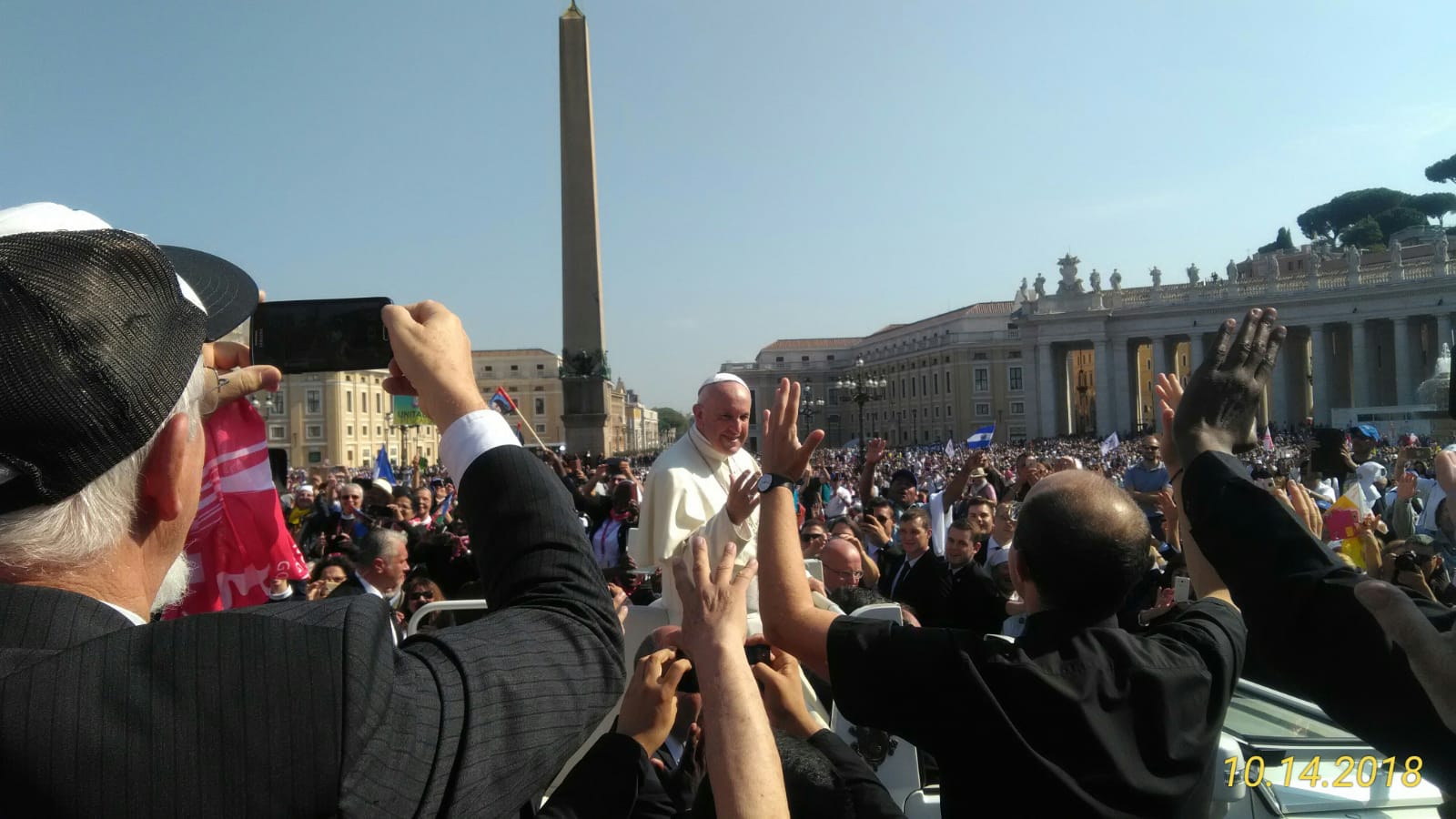 After Mass Dan, Ana, a friend and I enjoyed a delicious pasta lunch in a nearby trattoria. 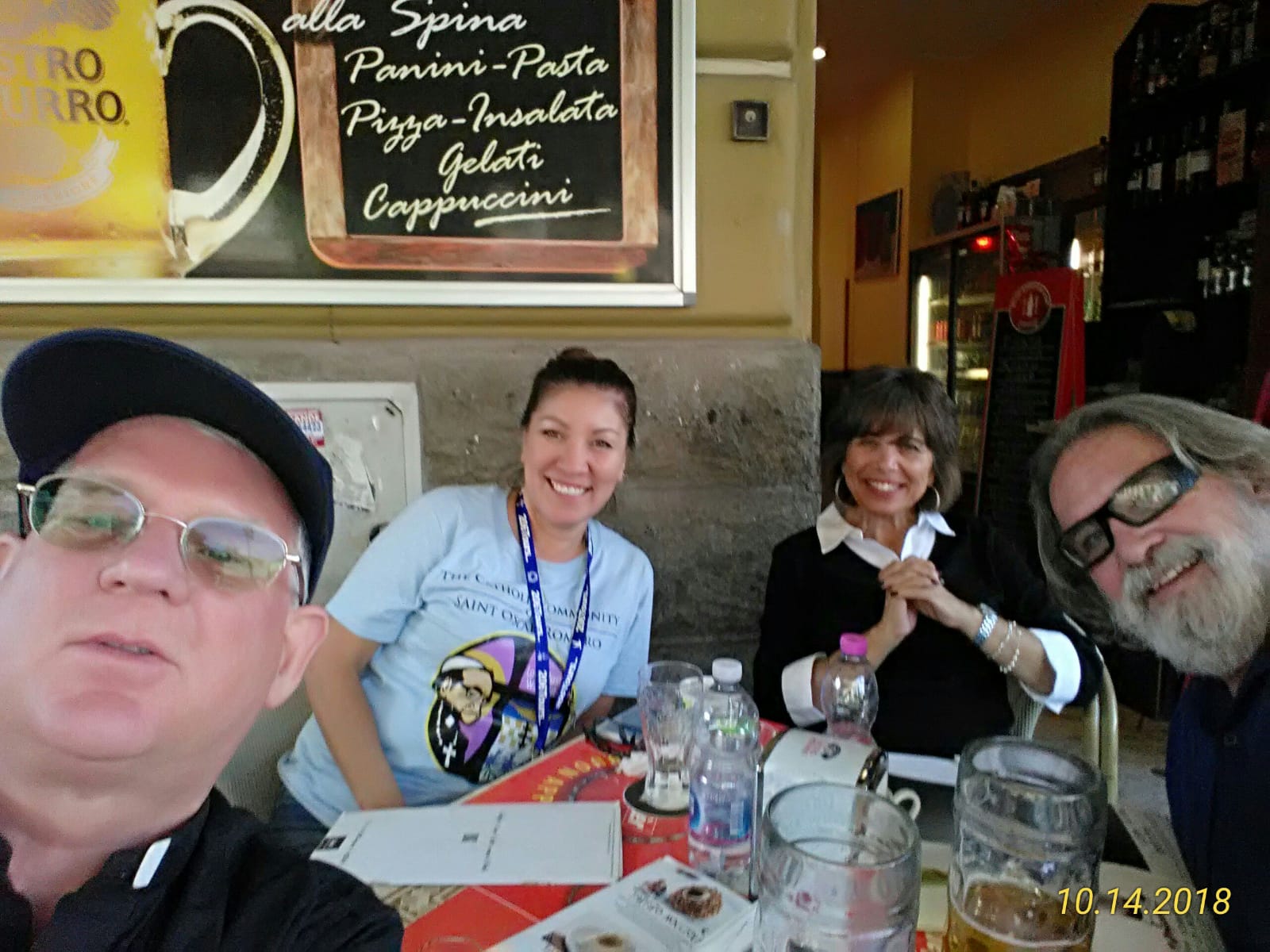 For me it is a day I will always remember.