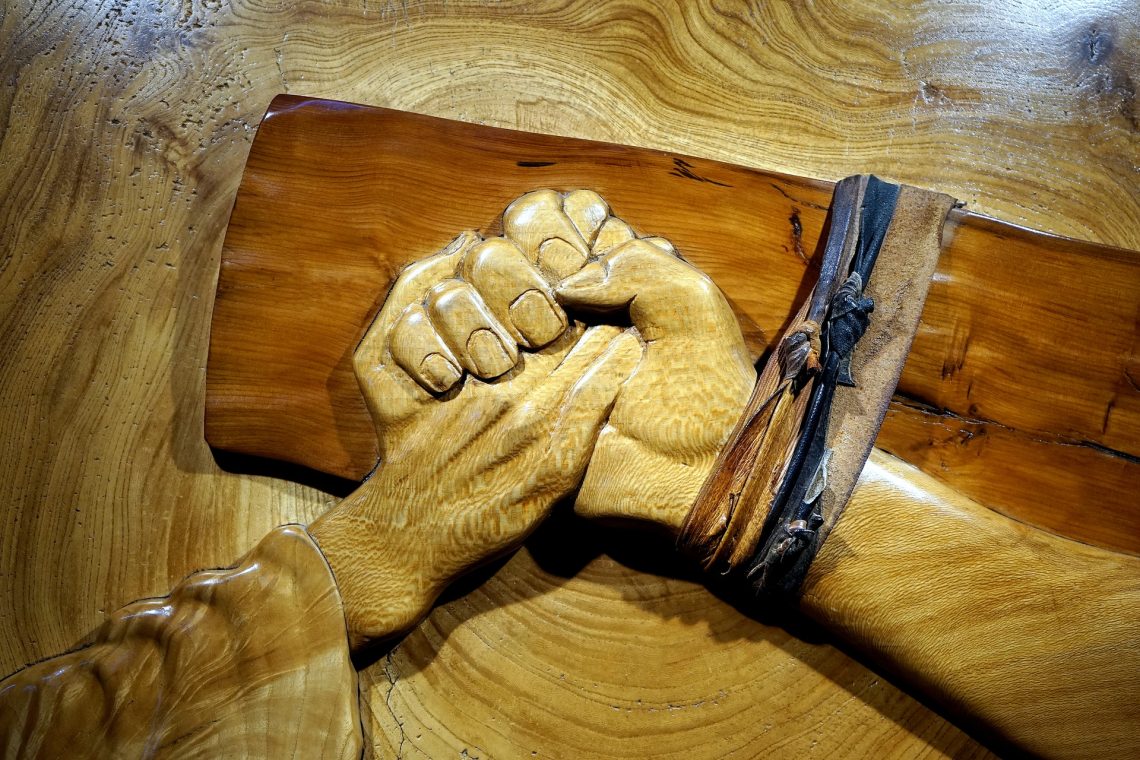 Recently I was reading a report dealing with the reasons why many young people have left the Catholic Church. One of the reasons mentioned by some was suffering hurt, and in consequence they decided not to continue to identify themselves as Catholic.

I immediately thought of a conflict or a lack of compassion from a priest or minister. Yes, some mentioned something like that. But the greater part who felt hurt directed their anger toward God!

In the interviews that formed the basis for the report, they said that had asked God’s help in situations of need and he paid no attention and did not listen to their prayers. They mentioned, for example, praying hard that a family member with cancer be healed, or that they find work, or that a friend suffering an addiction seek help. Or they prayed for innocent people suffering from poverty and injustice. And when these situations did not improve, they thought that God did not want to listen or help them.

The decision to leave the Church came because they felt that God turned his back on them when they needed him. They asked for help from the merciful Father and he did not answer. They concluded that if that is how God is, they did not need him. If you have to do everything by yourself, it is better to leave God behind just as with other nice myths from childhood.

Certainly, we could think of many “traditional” responses, for example: how God knows better, that everything happens for a reason that we do not understand now, that God wants to teach us something. Or we might believe that what happened – or did not happen – was a punishment for our own lack of faith or for some sin. These responses are ways we try to make excuses for God. In reality, they appear uncaring and perhaps cruel. It is clear that these explications did not respond to the crisis and strengthened their decision to separate from the Church.

If we had the opportunity to share with these young people who no longer walk with us, what would we say to them? Many times we teach children that God answers prayers by an intervention that resolves the problem or the misfortune. We should wonder if this is the most authentic image of God and if it corresponds to real life. Or would it be better to emphasize the presence of God who helps us to confront the problems, the obstacles, the misfortunes, and the sorrows? God does not solve problems but rather strengthens us to do whatever we can and not give up. And when there is a tragedy, it is God who is with us, sharing the pain and the sadness, who helps us heal and look for light in the darkness.

A few months ago, I was talking with a young man who told me he grew up in a Catholic family but for many years has not considered himself Catholic. Many negative things have happened in his life, and he never expected anything from God. But it was evident that he was searching for something. I told him that possibly it would be better for him that he think that God has no power to solve problems and conflicts. Instead of thinking of God as all powerful, it might be better to think of Christ on the cross. On the cross Christ has no power. The only power the crucified Christ has is his love and his ability to share his love with all who are suffering. I suggested he think of Christ in the garden, full of sadness and all alone. He placed himself in the hands of the Father with the confidence that the Father understood his fear for what was going to happen, even his death. I recommended that he might want to think of this image of Jesus in the garden or on the cross.

The young man told me he had never thought along these lines. But he thought he might be able to relate to Christ in the garden. In his pain he could identify with this image of Christ and even believe in him.