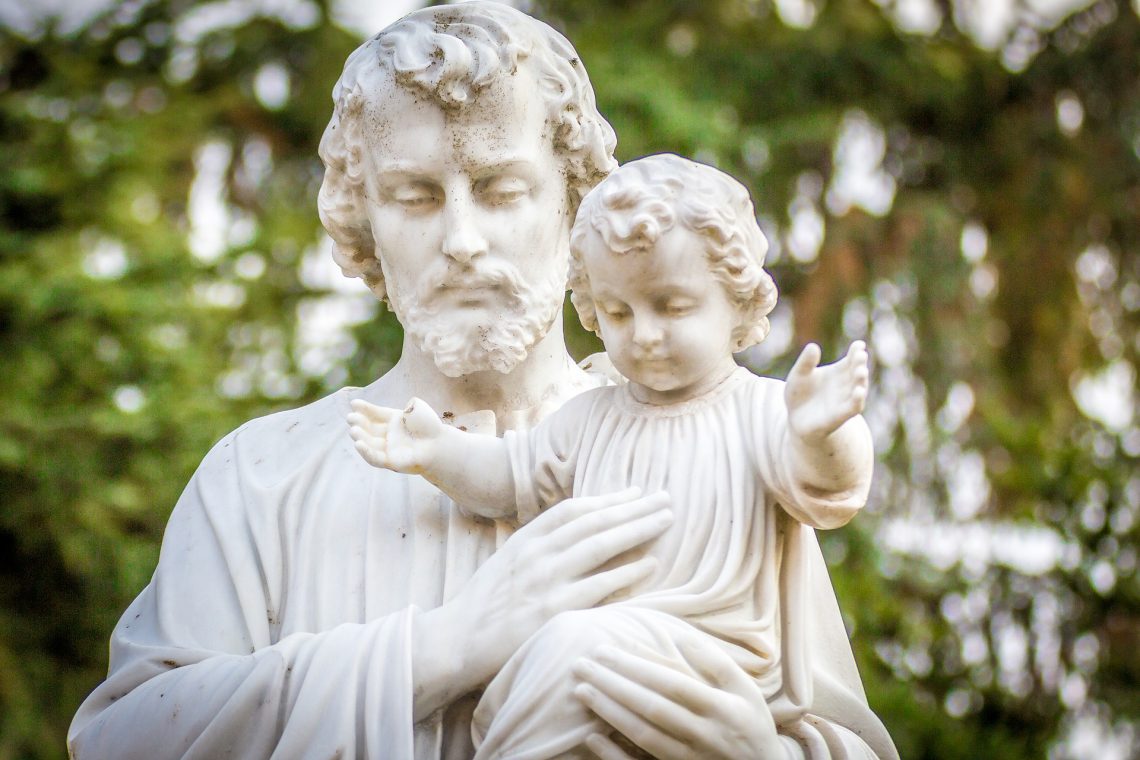 A man of prayer, Joseph like Mary, his future wife

was open to the plans of God who gave him life

though at first he did not understand them.

When he saw Mary was pregnant, not with union with him

he decided to end his plans for marriage with her.

Til God enlightened him and dispelled his fears.

That babe within her womb God’s Spirit had conceived;

yet He wanted Joseph as her protective spouse

to forestall gossip and help her as a husband should.

As her delivery neared Caesar declared a head count.

So to Bethlehem he and Mary went to be enrolled.

Finding all the inns filled, to a nearby cave they went.

Shepherds used that cave to feed and shelter sheep.

A crib which Joseph had filled with straw and small cloths.

Above them angels informed local nearby shepherds

that the promised one had come and rested in that cave.

So they hurried there to see what God revealed to them.

The night passed and Joseph found a vacant house for rent.

named him Jesus, as God’s holy angel said he should.

to thank God for their son and offer a small gift.

There they heard a seer’s disturbing words about his future.

honored him with gold, frankincense and myrrh, then left.

But another king had planned to take the infant’s life.

Remain there til I bid you come back home.” He obeyed.

Egypt now would be their home and workplace for this man.

And for three long years he and Mary toiled as immigrants

when suddenly God’s messenger told him to return again…

Joseph took his family north to a small town, Nazareth

Mary’s hometown now would be their new safe residence.

In that backwater burg Joseph toiled and taught his son.

Brought him to the temple in Jerusalem when twelve

to celebrate the rite of passage from childhood to adult.

When completed, he and Mary their journey home began

but failed to find their son among the numerous caravan.

Three days they searched til at last in the temple found him.

Why had their obedient and loving son failed to join them

only to receive an answer that deepened their confusion.

“Did you not know I had to be in my Father’s house?”

Those words reminded Joseph that Jesus was God’s Son first.

Yet with Joseph he returned, obeyed and grew to manhood.

A man now known in Nazareth as the carpenter’s son.

For Joseph had finished his God-given task and died

leaving his beloved wife in his son’s strong, wise, care.

No words of Joseph the worker, were ever recorded.

But his son was a living image of his humble life:

The Feast of St. Joseph is celebrated March 19th.