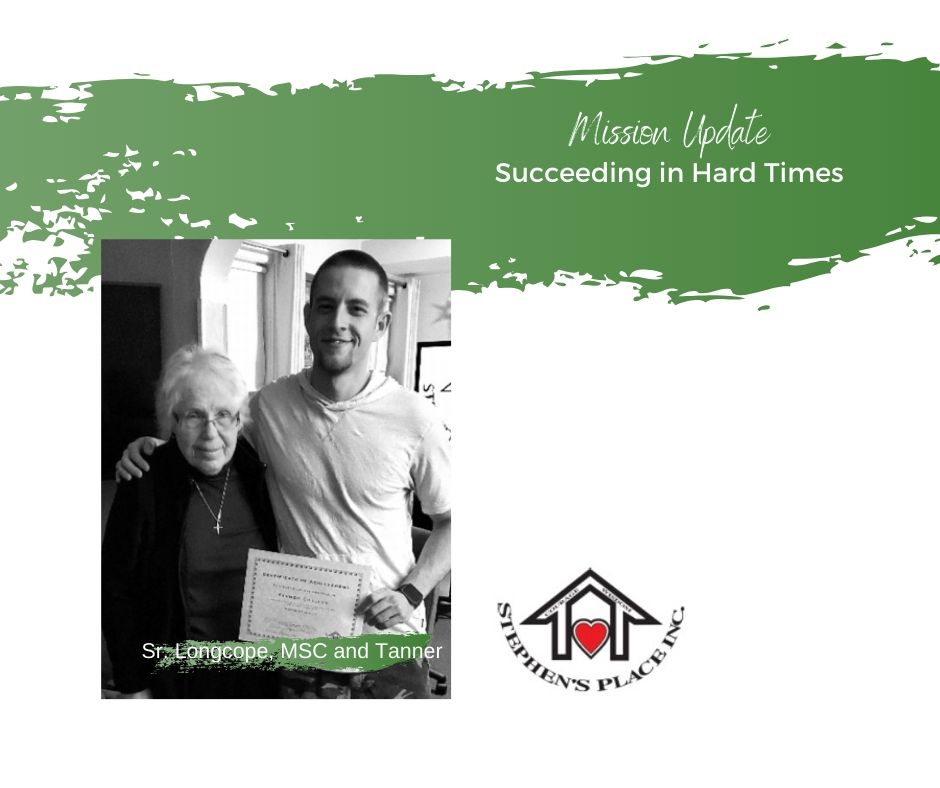 Tanner came to us from Northampton County prison. He is originally from Salt Lake City, Utah. He landed in Northampton County prison because he was traveling from Utah to explore other parts of the country and was in his active addiction at the time. He was driving through Bethlehem while he was under the influence of alcohol and drugs. He was stopped by the police and was charged with a DUI which took him to Northampton County Prison. He was referred to Stephen’s Place as a possible home plan. After he completed a 30 day in-patient rehab, Tanner came to Stephen’s Place on October 30, 2019.

During his time at Stephen’s Place, Tanner has been active in his recovery. He completed the Intense Outpatient program at Northeastern Treatment Center in Bethlehem and he attends Narcotics Anonymous Meetings on a regular basis. Since the middle of December Tanner has been employed by Weldship Corporation in Bethlehem where he started out as maintenance worker and since has been promoted to crane operator.

We are very proud of Tanner and it is our hope that he continues to grow in his recovery and matures into the person he is meant to be, thereby both fulfilling himself and the mission of Stephen’s Place.