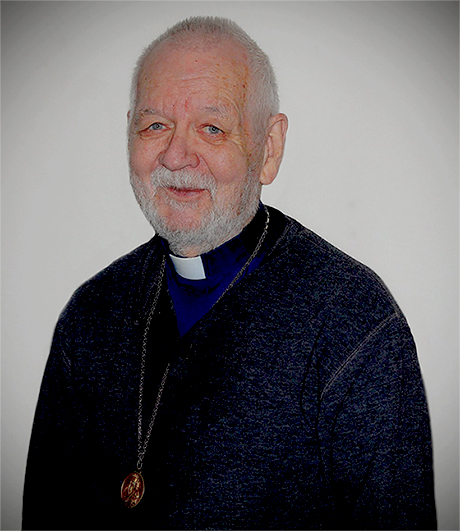 Brother Michael Patrick Tomcics, MSC passed away on May 16th at Manor Care in Bethlehem, PA.  He was 76.  He was the beloved son to the late Michael and Anna (Dugan) Tomcics.

Brother Michael Tomcics was a member of the Missionaries of the Sacred Heart.  He was born in Allentown, PA on March 30th, 1943.  He went to school in Coopersburg, PA and Philadelphia, PA.  He then worked in a hospital operated by MSC Sisters and became interested in the Missionaries of the Sacred Heart.  In 1965, Br. Mike entered the novitiate of the order in Geneva, IL, making his first profession of vows in March of 1966.  In 1972, he was assigned as house brother.  In 1972, he professed perpetual vows and was transferred to the Watertown, NY, community of the MSC, where he was cook, sacristan and librarian.  He was appointed to the Reading, PA community in 1977, where he continued his work as cook and sacristan.  In 1978, Br. Mike was transferred to St. Joseph Parish, West Warwick, RI, as cook and supervisor of the altar boys.  From 1980 – 89, he resided and worked mainly as cook and sacristan in the Sacred Heart Retreat and Renewal Center, Youngstown, OH.

He was missioned to the Watertown community on February 2, 1989. Brother Mike was also in charge of the senior citizens lunches which occur once a month in the parish hall.

Brother Mike spent his last years sharing his talent with his brothers at the Sacred Heart Villa in Center Valley, PA.  Because of declining health, he was moved to Manor Care in Bethlehem in August of 2018 where he remained until his death.

Relatives, Religious and Friends are also invited to attend a viewing Thursday morning, May 23, 2019, at Sacred Heart Villa at 9 am followed by Br. Michael’s Mass of Christian Burial at 10:00 am.  Interment at St. John’s Cemetery, Ottsville, PA  18947.