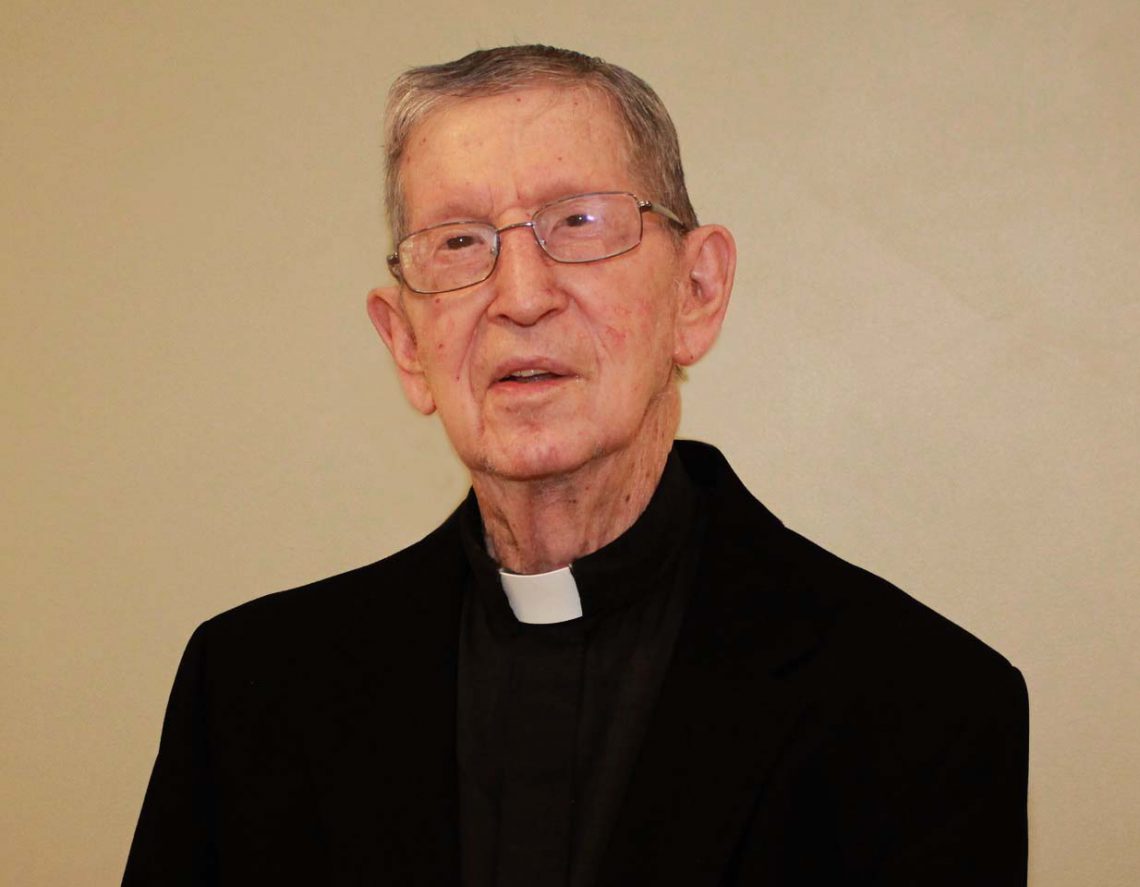 Father Thomas Carney, MSC died on Tuesday afternoon, January 28, 2020, at Manor Care Nursing Home, Bethlehem, PA. He was 92.  He was born in New Lexington, Ohio, on September 14, 1927, to Lewis Francis Carney and Helen (Kinsel) Carney.  He graduated from St. Rose Parochial School in New Lexington in 1941, and from New Lexington Public High School in 1945.  In 1947, he entered the novitiate of the Missionaries of the Sacred Heart in Shelby, Ohio, making his first profession of vows on September 14, 1948.  He continued with studies for the priesthood at Sacred Heart Seminary in Shelby, making perpetual profession of vows in 1951.

Fr. Tom was ordained a priest by Bishop George Rehring, D.D, in Toledo, Ohio, on May 29, 1954. His first assignment was as teacher and prefect of students at Sacred Heart Mission Seminary, Geneva, Illinois.  In 1957, he became provincial vocation director. He was appointed chaplain at Mooseheart, Illinois, in 1963.  During 1965, he served as parochial vicar at Holy Family Parish in Nazareth, PA, and then in parish supply ministry out of the former MSC community in Sparta, Wisconsin.  In that same year, he began a Latin American ministry.  He was successively parochial vicar in Lima, Peru, and Bogotá, Colombia.  In 1969, he became pastor of Our Lady of Guadalupe in Cali, Colombia.  From 1975 to 1979, he again served as parochial vicar in Bogotá and Cali.  He was then appointed sectional superior until his return to the States, in 1985, to study Clinical Pastoral Education in preparation for chaplaincy ministry in Colombia.  On his return to Colombia he became pastor at St. Eugene Parish in Bogotá.  In 1990, he came back to the USA to minister at Holy Family Parish in Nazareth, PA, for one year.  Then he ministered as associate pastor at St. Joseph Parish in Upland, California until July 1994.  He was then assigned to the Aurora, Illinois community to join the development department.  In August of 1997, Fr. Tom was assigned to the Youngstown, Ohio community and was appointed pastor of St. Rose of Lima in Youngstown.

Fr. Tom moved to Center Valley, PA in 2009 and became a resident of Sacred Heart Villa there.  He recently moved to Manor Care in Bethlehem, PA, where he died.

A funeral mass will be celebrated for Fr. Tom on Monday, February 3, 2020, at 11:00 AM, at Sacred Heart Villa, Center Valley, PA. Fr. Richard Kennedy, MSC, Provincial Superior, will preside.   Final committal of Fr. Tom’s remains will be in Ohio, at a family plot.  Donations on behalf of the memory of Fr. Tom may be made to the Missionaries of the Sacred Heart.