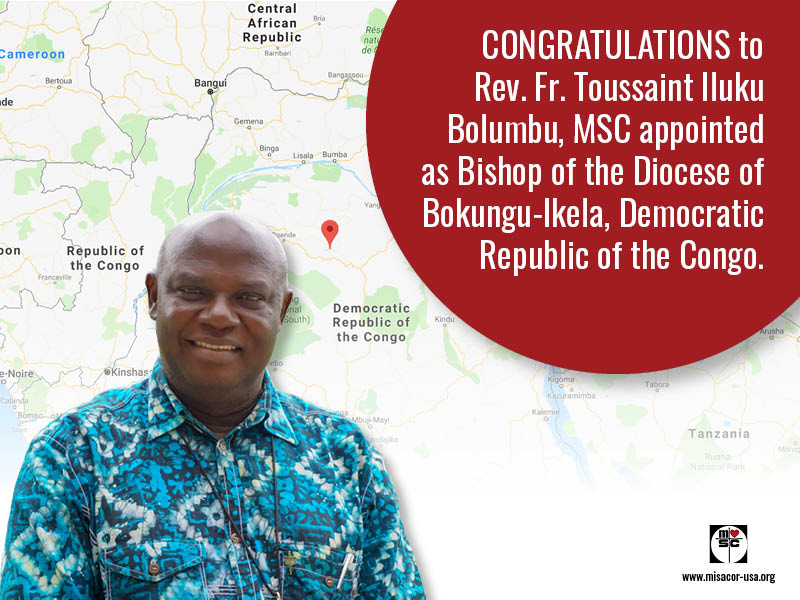 The Holy Father has appointed as bishop of the diocese of Bokungu-Ikela, Democratic Republic of the Congo, the Rev. Fr. Toussaint Iluku Bolumbu, M.S.C., currently superior of the Missionaries of the Sacred Heart for the French-speaking African region.

The bishop-elect was born in 1964 in Monieka, archdiocese of Mbandaka Bikoro. He entered the novitiate of the Missionaries of the Sacred Heart, and holds a bachelor’s degree in theology from the Ecole Théologique Saint Cyprien in Ngoya-Yaoundé, Cameroon, a licentiate in philosophy from the Faculty of Saint Pierre Canisius in Kimwenza-Kinshasa, and a licentiate in spiritual theology from the Pontifical Gregorian University, Rome. He gave his religious vows in 1994 and was ordained a priest in 1995.