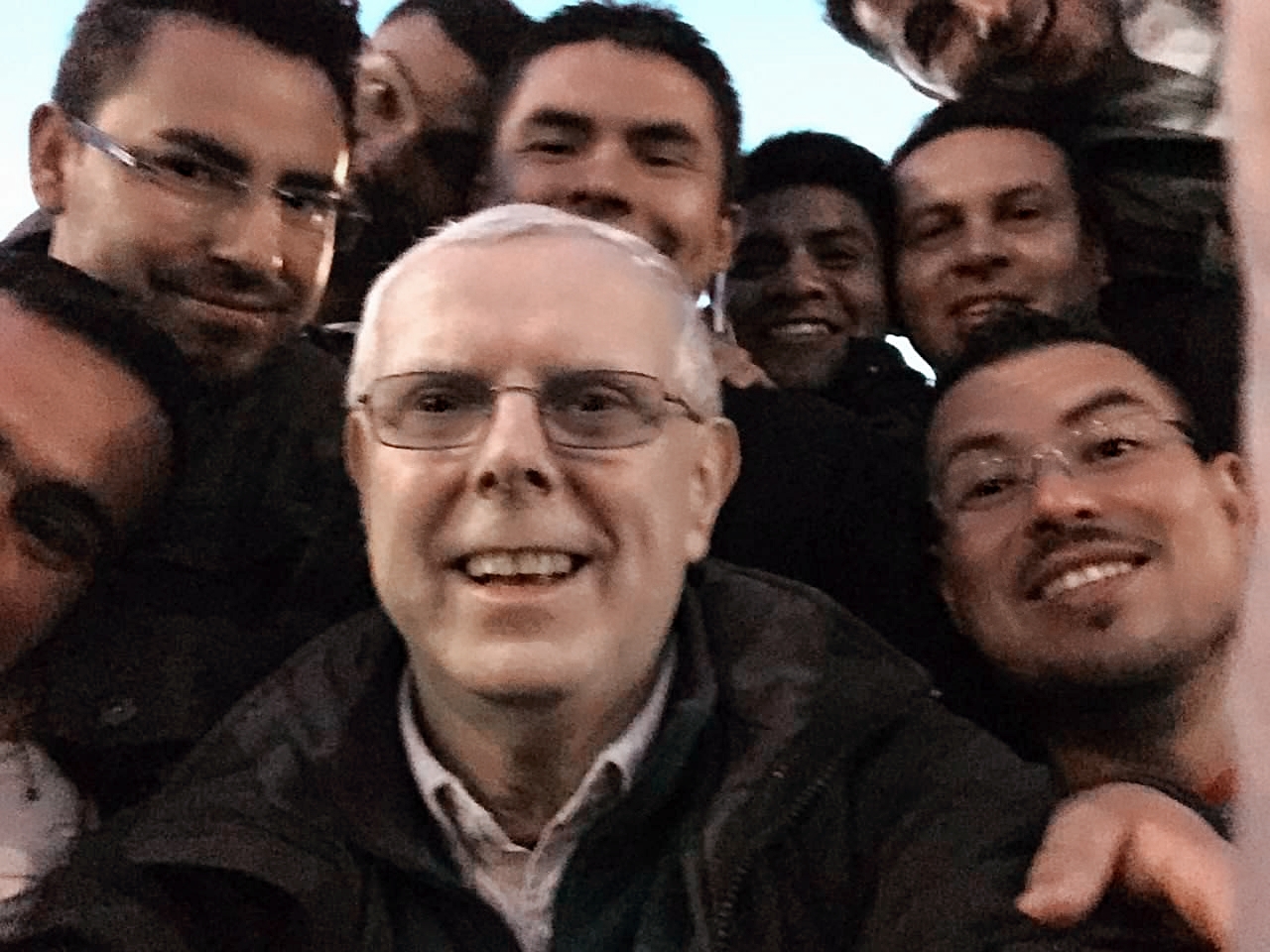 When one first enters a formation program to Religious life, he/she is filled with much idealism about his/her vocation. With the passing of time, through God’s grace of perseverance and living the vowed life, the idealism begins to take on a clearer and realistic vision of the vocation. This idealism is never completely abandoned, but each year it is confronted by hard-core reality. If one loses his/her idealism, he/she loses hope and new opportunities for growth. For the Holy Spirit is always summoning us to renewed fidelity. The following is, thus, a reflection on Brotherhood as a response to today’s challenges. It is not an attempt to present a theological treatise, but rather to share reflections on our vocation as Brothers.

“Jesus said to her, ‘Mary!’ She turned to him and said (in Hebrew), ‘Rabboni!’ (Meaning “Teacher!”) Jesus then said, ‘Do not cling to me, for I have not yet ascended to the Father. Rather, go to my brothers (underscore added) and tell them, ‘I am ascending to my Father and to your Father, to my God and your God.”

It is interesting that Jesus chose to call His followers brother after His Resurrection. The followers of Jesus are first His disciples, then they are addressed as His friends, and finally, as His brothers. There seems to be a movement toward a deeper, interpersonal relationship characterized by mutual respect, honesty, caring and love. (cf. Mark 3:13-18; Matthew 10:2; Luke 6:13). At the Last Supper, He calls His disciples, “friends.” (John 15:15) Before His death on the cross, Jesus seems to prepare for the foundation of a more fundamental way of relating to one another. The beloved disciple is entrusted to His mother, thus forming a fundamental reality for God’s reign. Jesus creates the common brotherhood/sisterhood of all persons. (cf John 19:25-27) This relationship is confirmed at the Resurrection, “… go to my brothers.” After sin, division and death are conquered,Jesus’ friends enter a new dimension of relating. From now on, they are his brothers. Jesus’ Father is now our Father. A new reality is formed, a community of brothers/sisters, committed to the Father’s reign, (cf John 20:17, 21) a community of brothers/sisters characterized by forgiveness, reconciliation, inclusiveness, love, life-giving and peacemaking. (cf Acts 2:32-35) In Christ, all are now brothers/sisters, a community of persons, who, through baptism, become adopted sons/daughters of the Father. (cf Romans 8: 14-1 7) In Christ, all of humankind is called to brotherhood/sisterhood. This framework includes a spiritual bond, a personal affection for all persons, an egalitarian reality. It establishes and embraces inclusive relationships; it extends beyond a blood allegiance or marriage relationship. There 1s no superiority-inferiority in brotherhood. In Jesus’ brotherhood, all are one. (cf Colossians 3:11)

With the above in mind, perhaps it is now possible to articulate the vocation of the Religious Brother. A Brother is a “man committed to living the Consecrated Life in response to a call from God.” (Religious Brothers Conference) Prompted and guided by the Holy Spirit, a Brother wishes to consecrate himself to Jesus, his Brother. He wants to become one with Jesus and imitate Jesus, as brother. Becoming one in love and commitment to Jesus, he imitates his Brother, Jesus-as the chaste person–having unconditional love for all persons; investing in integrity, intimacy and friendship, yet letting go of one-encompassing human relationship. He imitates his Brother, Jesus–as the poor person–renouncing radical ownership. He further imitates his Brother, Jesus-the obedient person to the will of God–always seeking and willing to do the same. The Brother comes to live out his call from Jesus, with his particular religious community’s charism and spirituality. It is a life of community, founded upon the common faith in Jesus, which is shared upon a vision of living faith through the traditions of his particular Congregation. The life as a Religious Brother is at the very heart of the Church in his intense prayer life, community living and apostolic service. (cf. Vita Consecrata, 60)

Jesus walked on earth as Brother. He entered fully into the mystery of the human family (cf. 2 Corinthians 5:21; Philippians 2:8) He identified Himself with a people oppressed and suffering. As Jesus ministered to God’s people as Brother, the Religious Brother wishes to do the same. Like his Brother Jesus, he is counterculture, i.e., through his radical commitment, he shares in a special way, the prophetic mission of Christ, by being a sign of contradiction to the world’s values which divide and alienate the human heart and human family. He gives witness in the midst of the world aside of his brothers and sisters, the “primacy of God and the truths of the Gospel have in Christian life.” (cf Vita Consecrata, 84) Notwithstanding, the Brother realizes his own sinfulness and weakness and realizes the necessity of participating in the sacrament of penance for forgiveness and participating in the Eucharist for renewal and strength to continue his mission.

A Brother’s ministry is varied according to his own particular talents and the needs of his Religious Congregation. He can be a teacher, theologian, lawyer, nurse, doctor, pastoral administrator, artist, cook, electrician, etc. What is important is not what he does, but who he is–a man consecrated to his Brother, Christ, one with his Brother, Christ, through the evangelical counsels of poverty, chastity and obedience. It is a special gift, a unique calling to the Consecrated Life. A Brother at times appears at the altar with the ordained, assisting in lay ministries; however, he prefers being in the “trenches” with the laity, sitting with them as their brother. He is the special sign of the brotherhood/sisterhood of all humankind.

Brothers are brothers in the fullest sense of the word. They possess a freedom to encounter both clergy and laity as true brothers and sisters—talking, laughing and sharing within their joys, hopes and sorrows. Their commitment to the Consecrated Life places them at the service of the whole human family. In Christ, their Brother, they give testimony to the “divine plan of gathering all humanity into the civilization of love, the great family of the children of God.” (Vita Consecrata, 35) They are Brothers to all of God’s children, serving all in the spirit of Christ’s own brotherhood.