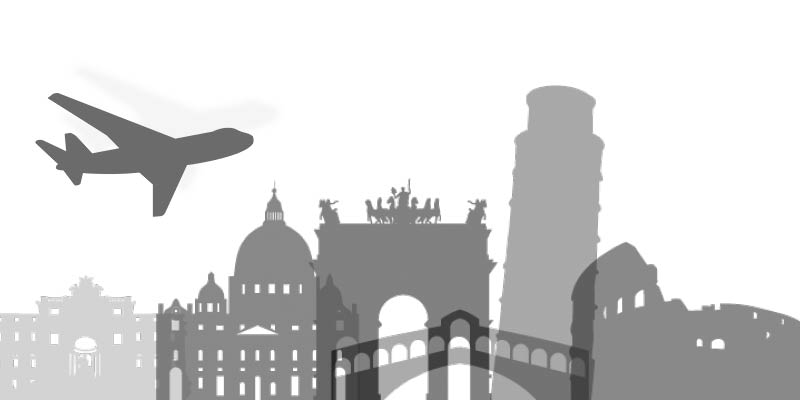 Father Mike professed his first vows on August 23, 1978 and was ordained on March 23, 1985. He is working in Rome, Italy as Secretary General of the MSC Society.

The Roman summer was perfect on arrival, hot and humid; only two weeks before it was cold and rainy.  Such was the atmosphere when Donna Medernach landed at noon on Sunday, June 9, to begin the realization of her dream, after winning the prized ticket for two to Rome.  On arrival at Via Asmara, with her daughter, Darla, and son, Dan, and Fr. Mike Miller, MSC as their tour guide, they first visited the Catacombs of St. Agnes, around the corner from the MSC General House.  Although the catacombs tours were sold out for the day, they still prayed before her 3rd century tomb now under the main altar of the church built to honor her.  They also “crashed” an Italian wedding in the Mausoleum of Santa Constanza, just before the bride was getting out of the black Mercedes limousine to enter the ancient circular Catholic church.   They visited, of course, the holy sites, St. Peter’s Basilica, the Vatican Museum and Sistine chapel, St. John Lateran Basilica, the Holy Cross of Jerusalem. A special grace was to visit the Santa Scala, the Holy Steps, which for the first time in 300 years had the protective wooden covering removed for pilgrims to ascend on their knees, navigating the well-worn ruts made by pilgrims over the centuries.  Only Dan had limber enough knees to take on the challenge.  (Fr. Mike ascended such a few weeks before.)  He led them to other secular sites, like the Coliseum, the Roman Forum, Piazza Argentina, Piazza Navona, etc.  On Wednesday they joined with other pilgrims to see and hear Pope Francis at his weekly audience in St. Peter’s Piazza, again hot, but with a slight breeze.

The Medernachs took a two-day side tour by train to the city of Orvieto to experience the Italian countryside, and see the miraculous Eucharist in the Domus church and the caves that have been domesticated over the centuries.

On their last evening, they all enjoyed a delicious Italian dinner on the Piazza Navona, a favorite gathering place, where the MSC Italian Province have their Provincial House and minister at Our Lady of the Sacred Heart parish, which our founder, Fr. Jules Chevalier, obtained for our community in the later years of his life.

On Saturday, June 15, they flew out of Fiumicino airport for a few more days of the European experience after enjoying the Roman atmosphere immensely, recommending that everyone have the opportunity to visit Rome with the MSC.